MQA on Tidal and HR on Qobuz: Kings of the Streaming Hill

Explore the Higher than CD Resolution Listening Solutions for Your Home 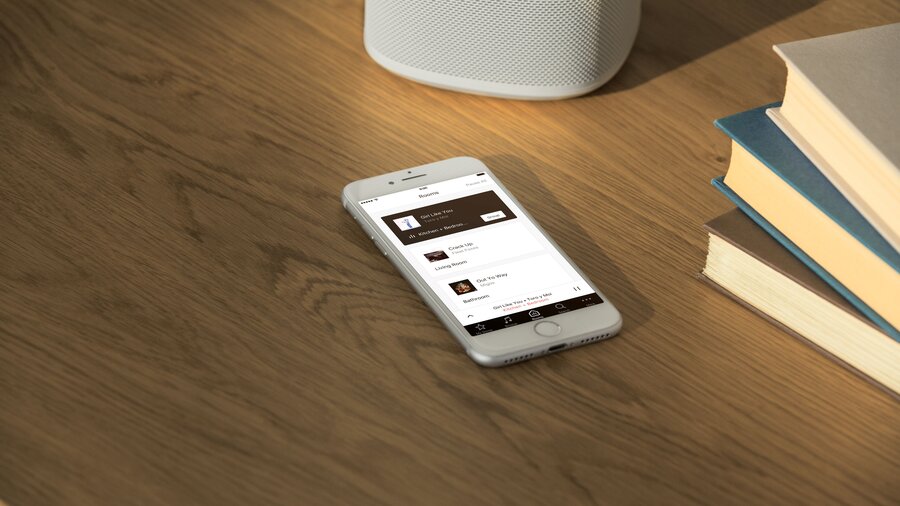 Last time we introduced our Greater Boston, MA readers to the high-resolution audio streaming services, Tidal and Qobuz. Both offer their subscribers the opportunity to choose exactly what they want to hear and hear it in full CD resolution...or better, selecting from vast libraries of recorded music. In this way they are distinguished from services like Pandora (adaptive playlists, not on-demand, and lower quality) and Spotify (on-demand, but not full resolution). Other full resolution services include Deezer and Amazon HD, but neither offers higher than CD resolution listening choices.

SEE ALSO: High-End Audio: from Then to Now & into the Future

I appreciate what higher than CD resolution means, it's useful to note that CDs themselves are digitally truncated versions of higher resolution "master files" produced in the studio. The CD format was established in the years before 1983 by a working group of engineers from Sony and Philips. The format was chosen to meet agreed upon requirements of bandwidth (20>20,000 Hz), dynamic range (98 dBA), and playing time (long enough to fit Beethoven's 9th Symphony) on a conveniently sized 5" disc, using the semiconductor and laser technology available then. That's "Red Book" CD Audio. Subsequent improvements in mastering equipment and techniques and signal processing made re-issues that were far better than the initial releases from 1983. These re-mastered analog recordings and re-processed digital recordings are the "master files" owned by the record labels.

Streaming services offering music online also set their quality criteria to the market's demands. The most widely used standard of "compressed music files" was established by a consortium of sound engineers in the broadcast and film industry, known as MPEG, and their "layer 3" option, MP3, with variable bit rates from low fidelity (as little as 8 Kbps) up to high of 320 Kbps. Spotify premium uses 320 Kbps. Pandora Free is 64 Bps, and subscribers get 192 Kbps. In comparison, uncompressed CD Audio streams at 1411 Kbps. Tidal and Qobuz use FLAC encoding to reduce the effective bit rate without the loss of any information. In order to offer higher than CD resolution each company uses its own method.

MQA (Master Quality Authenticated) is the brainchild of John Stuart, founder of the high-end UK brand Meridian. Its purpose is to encode additional musical resolution in a FLAC bit stream without greatly increasing the bit rate needed to transmit it on the Internet. For listeners without decoding hardware, the stream sounds the same or slightly better than an unencoded stream, but with proper playback hardware, the extra details are unlocked, allowing the listener to hear the "Master". MQA made its major breakthrough when they sold the idea to the owner group launching Tidal, including Jay-Z and Beyonce. It gave the new service something to differentiate itself, and the ability to command a premium price in the face of competition from "lower quality" services. Tidal also promised to be fairer to the music creators, but that's not our topic today! Tidal recently inked a deal with Warner Music to offer MQA encoded versions of their deep catalog.

When Sonos launched in 2005, their engineers decided that their chips would not attempt to exceed the limits set by Red Book CD Audio. So, when Lenbrook International introduced Bluesound to compete with Sonos, their "differentiator" was its ability to play higher than CD resolution music files. Tidal's adoption of MQA was the perfect fit for Bluesound, and their system's biggest advantage is its ability to make full use of MQA files on Tidal. These products are branded as Bluesound and also under the NAD brand in various configurations. We also offer the Audioquest Dragonfly USB headphone DACs with MQA decoding. These devices up the fidelity of sound from your computer or your phone.


Next time...enter Qobuz! Reach out to our team at Natural Sound today for more on high-end audio and higher than CD resolution for your AV systems. Give us a call or fill out our online contact form here. We look forward to hearing from you!